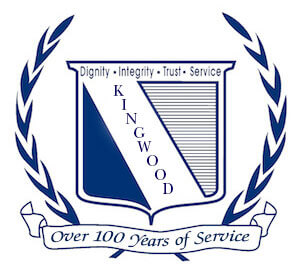 About Us
|
Our Staff
|
Facilities
|
Why Choose Us
|
Testimonials
|
Contact Us

We pride ourselves on the services we provide each family we serve.

The caring and experienced professionals at Browning Funeral Home are here to support you through this difficult time. We offer a range of personalized services to suit your family’s wishes and requirements. You can count on us to help you plan a personal, lasting tribute to your loved one. And we’ll carefully guide you through the many decisions that must be made during this challenging time.

You are welcome to call us at any time of the day, any day of the week, for immediate assistance. Or, visit our funeral home in person at your convenience. We also provide a wealth of information here on our website so you can learn more from the privacy of your own home. 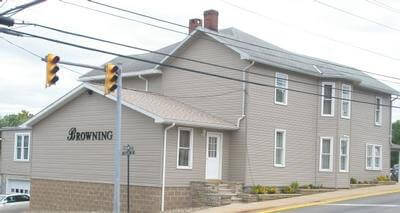 The Rotruck-Lobb Home in Kingwood, WV was first established in 1914 under the name of the Spindler Funeral Home, owned and operated by the late Bruce Spindler. In May 1948, Clem B. and Opal B. Kiger purchased the funeral home from Mr. Spindler. Anna Jane Kiger, daughter of Mr. and Mrs. Kiger was united in marriage on June 25, 1948 to James R. Williams, son of Mr. and Mrs. James Williams of Johnstown, PA. Jim and Anna Jane met while attending the Pittsburgh Institute of Mortuary Science in Pittsburgh, PA and subsequently both Anna Jane and Jim became licensed Funeral Directors and Embalmers.

The year of 1950 brought about great changes for the Funeral Home. The name Spindler Funeral Home was changed to the name Kiger-Williams Funeral Home and a daughter, Sheila Kae was born to the Williams on May 19, 1950.

During the first eight years the business was conducted by the entire family, Clem, Opal, Jim and Anna Jane.

Clem B. Kiger passed away on June 3, 1956 and gradually Opal B. Kiger relinquished her responsibilities to the business to become more active in civic affairs. The business has always been maintained by the family with the assistance of various employees.

The property located at 125 East High Street , in Kingwood, WV and known as Kiger-Williams Funeral Home was sold in January 1975 to the City of Kingwood . The property was then known as the Municipal Building of Kingwood.

It was on April 10, 1975 that Opal B. Kiger passed away following an extended illness. Sheila Kae, only child of Jim and Anna Jame Williams, graduated from WV Law School on May 18, 1975 and returned to Kingwood to practice law.

In 1975 property located on South Price Street , the street leading to the Preston Memorial Hospital was purchased and ground was broken for the new funeral home. The new building gave a very modern appearance with facilities to park over 100 cars. The new home was arranged to handle four viewings simultaneously and a Chapel with seating capacity for more than one hundred people. The new Kiger-Williams funeral home was in full operation in October 1975.

In May of 1986 James G. Lobb purchased the Kiger-Williams funeral home. Mrs. Williams remained licensee in charge while James worked on his apprenticeship. He enrolled in Mortuary School in December of 1988 and became licensed in January of 1990. Mrs. Williams then retired and James began full operation of the funeral home.

In April of 1997 James G. Lobb opened his newly built funeral home in Reedsville, which is known as the Valley Chapel.

In April of 1998 James G. Lobb purchased the Taylor Funeral Home in Newburg, WV from Richard and Ruth Taylor before Richard’s death on May 10, 1998, incorporating it with the existing funeral homes he owned in Kingwood and Reedsville. Mr. Lobb wanted to continue providing care to the Newburg and surrounding communities by keeping the Taylor Chapel in operation. Mr. Taylor was one of his first funerals following the purchase.

Allen, Edna Ruth and Craig relocated to be closer to Scott Rotruck, older brother to Craig, and to also be a part of the Preston County community in which they would be working with Mr. Lobb. Edna Ruth passed away December 6, 2002. Mr. Allen Rotruck continued working in the business until his passing on May 15, 2014, at the age of 90.

James G. Lobb and A. Craig Rotruck named their funeral homes Rotruck-Lobb Funeral Homes and maintain them under the corporation name of Kiger-Williams.

The Rotruck-Lobb Funeral Homes are located within the county as a way to offer the citizens of Preston County convenient locations for their families during an already difficult time.

James G. Lobb and A Craig Rotruck were approached by B& S Real Estate, LLC to sell the building known as the Taylor Chapel in Newburg to be used as the new location for the medical clinic.

After much consideration they decided to sell the building, not the business based on the community’s need to have access to the medical clinic without jeopardizing their ability to continue serving the funeral needs of the area residents by utilizing their other locations in Reedsville, known as the Valley Chapel, the Kingwood location, known as the Kingwood Chapel, area churches and even home set ups.

On September 23, 2008 the official sale of the building took place.

The stately black and gold hearse carriage in front of the James G. Lobb Funeral Home in Kingwood bears the weight of history well. Did it also bear a president's mother to her final resting place?

Local funeral home operator, James G. Lobb, learned of the hearse's existence from his associate, A. Craig Rotruck, of Keyser. Roy and Hazel Riggleman are the former owners of the hearse.

Riggleman's father “bought it at an auction in Petersburg more than 80 years ago,” Lobb said. “He was going to make it into a hay wagon, but he got sick and it was stored in his barn.” From the barn, the hearse went to the Rigglemans' basement, where it stayed the last 20 years, until Roy spruced it up and sold it.

The Rigglemans were told the hearse bore Abraham Lincoln's stepmother, Nancy Hanks, to her grave. Rotruck and Lobb think that's possible, since the hearse came originally from Antioch , about 12 miles outside Keyser. Hanks lived in the area.

"We estimate it was made in the 1830's," said Rotruck. The only identifying mark on the hearse is on one iron axle, which says "Best Iron H Ives." It is in remarkable shape. All the glass except one rear pane - even the gold fringe on the curtains - is original. The beveled glass oil lamps on each side can be removed, to light the way to the cemetery or to the house, where the undertaker would have gone to pick up the body in a wicker "body basket"

In the 1800's the undertaker often had a connection with a furniture maker or salesman. It was like that at the Spindler Funeral Home, in Kingwood, which later became Kiger-Williams and today is Lobb's, making it the oldest funeral home in Kingwood.

When someone died in the 1800's, it was usually at home. The undertaker would come to the home and measure the dearly departed for a coffin, called a "toe pincher." Coffins are made to order, unlike the one-size-fits-all casket.

The viewing often was at home, in the parlor or a bedroom, or at a church. Afterward, a hearse carried the body to the cemetery. Hearses like this were the Cadillac of the genre.

"This is probably one of the most ornate ones that were made," said Lobb. “Your earlier ones were more decorative."

Other hearses were simply square boxes, which could be bolted to a wagon. When not in use, the boxes were hoisted by ropes to the rafters of carriage sheds for storage.

Plumed horses drew the hearse to the cemetery. The more elaborate the plumes, the more prominent the departed.

The hearse is a conversation piece, and Lobb also wants to display it at his funeral home in Reedsville and Taylor Funeral Home in Newburg.

We stand ready to assist you. If a death has occurred, please call us on the number below:

About Us
Our Staff
Facilities
Why Choose Us
Testimonials
Contact Us